The case of Hyderabad- Reasons for urban flood 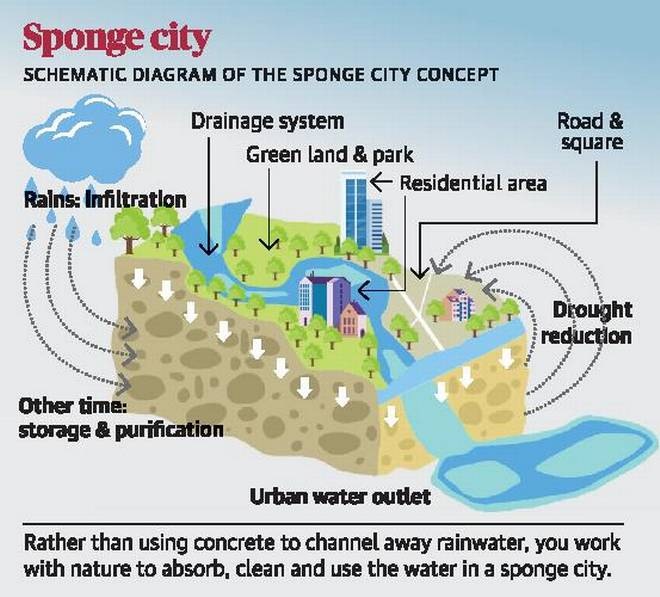 What should the sponge cities mission address?

Change in nature of material used

We need to urgently rebuild our cities such that they have the sponginess to absorb and release water without causing so much misery and so much damage to the most vulnerable of our citizens.

How far have we come in empowering women into the political setup of India? Discuss further actions that is required.