To be smart is to have good intelligence. Hard work is necessary to achieve one’s goals but smart work makes it easier. Dan Hurley’s ‘Smarter’ explores building brain power. It questions the understanding of intelligence in the new era brain – training games. This book is suggested for psychology students and those interested in cognitive science. It is difficult to define intelligence. This book brings out three main points. They are: 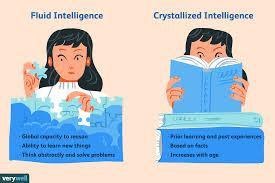 Fluid intelligence reaches its peak at the stage of early adulthood. That is why many influential works of mathematicians, musicians, scientists, etc. occur in their twenties. To measure fluid intelligence is a great challenge because there is no way to observe it directly. IQs and brain scans are both contenders. IQs only indicate intelligence; its measurement is uncertain. On the other hand, brain scans provide direct measurements. There is another method called fMRI- functional magnetic resonance imaging which helps in observing fluid intelligence in action. It measures the brain’s activity which shows the blood flow to regions of the brain. More blood flow means more activity; more activity means more neuronal firing which tells that a long brain matter works on a problem. This is what is called intelligence. Studies show that fluid intelligence is determined by the number of neurons or gray matter. fMRI also shows that the left prefrontal cortex of the brain is highly active during tests of working memory.

Working Memory is a cognitive system distinct from short term memory. It is important for reasoning, decision- making, and behavior. Short term memory does not have much to do with intelligence.  A new brain training game aims to improve working memory. Computerized brain games like ‘N back tasks’ helps in improving cognitive performances. The N refers to the number of places one should back up when items are in a sequence. For example, in a sequence like “A B C C A”, one should remember to back one task.  Other than these games, non-computerized ways like physical fitness also influence cognitive performance. Studies show that resistance exercises like weight lifting, learning music improves fluid intelligence.

Some scientists still had doubts and so a meta-analysis on brain training and intelligence was conducted. 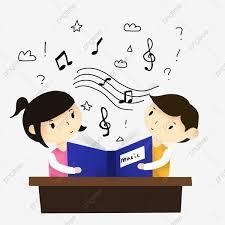 Meta-analysis one uses various statistical techniques to bring a different result. A study on far transfer was also done. A far transfer is when gains on one task are also seen on a task that is not directly related. For instance, verbal working memory training would show improvement in non-verbal reasoning such as problem-solving. Still, researchers say that these improvements don’t mean to improve real-world performance. Though one cannot be certain to what extent intelligence improves one can still practice music or do exercise because it would still show positive results.

Intelligence can be improved through brain training games, following traditional methods such as learning an instrument or music. One should avoid using smart pills such as Ritalin because it does not increase intelligence; it impairs one’s natural ability to improve the brain’s capacity. Being smart is cooler than anything in the world. One can become smarter by being physically fit and doing smarter work.

How to prepare for the IAS Mains?